Explore the essence of surrealism art, and three tips to get you thinking about how you can create your own. 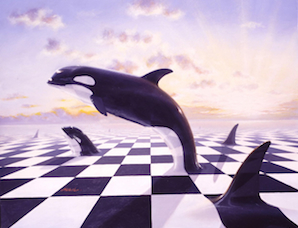 The world of art is full of “isms” as I’ve mentioned before. Many of them have very convoluted and confusing concepts behind them (at least to my brain, anyway). So I try to simplify everything. I’ll do my best to do that with surrealism art as well.

Surrealism itself actually began as an idea for a philosophy or movement, rather than a painting genre (I know! How amazing is Wikipedia!). Many art scholars have suggested that surrealist art pieces are in fact artifacts of the movement known as Surrealism.

It was a revolutionary concept developed in France in the early 1900’s. Art was just one expression of it. Initially “the movement” was germinated by a couple of guys who thought it would be cool to just write stuff without censoring their brains, and publish it in a journal. The movement refers to a range of creative acts of revolt and efforts to liberate imagination. The main dude was very explicit in his assertion that above all, Surrealism was a revolutionary movement. As the “revolution” spread and more people embraced the ideas, the philosophy started to influence the construction of plays, literary works, sculpture and paintings.

Often paintings depicted objects which on their own appeared quite ordinary. When they were combined with other random objects, and sometimes painted to appear distorted and in a dreamscape type setting, the images seemed to take on a whole new meaning.

Surrealism, as the name suggest, has a strand or an element of realism about it.

Often the subjects are quite ordinary, but it is the positioning of them with other objects that makes surrealism so intriguing.

Despite being a form of self-expression that many people didn’t understand, surrealist art has crossed into the mainstream. Many people to this day could easily identify the melting clocks with Salvador Dali’s “Persistence of Time” painting, for example. (Interestingly Dali was excommunicated by the founder of the movement, but continued to create “surrealism artworks” long after). Such is the power of surrealism.

Tips to get you thinking about creating your own surrealist (master)pieces: 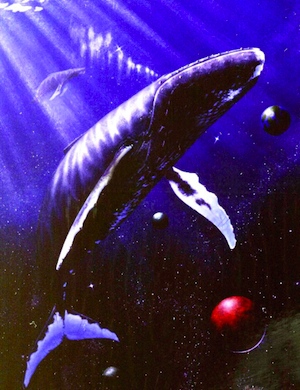 Hope this got you thinking a little bit. I know I learned a lot about surrealism in researching this page. I’m inspired to get out there and paint some strange yet intriguing pieces. Are you??!

Back To Painting Styles - Realism Art