Will The Real Steve Harris Please Stand Up.

I want to introduce you to a friend of mine. He's one of those blokes that I envy on several levels. The most glaring of these are his ability to paint, his sheer, unrestrained discipline as an artist putting in the 'brush miles' and the fact that he has made a good living from his skills for over 40 years. And of course- he's an acrylics man.

I like artists who can do it as a job. This means that they are appealing to people. I put two paintings in a show recently  which didn't sell - so the next step for me is to slit my wrists! But not my friend Steve. He has what is known in the art world as a 'following'. Aficionados! Which is one of the few Spanish words in the English language. When an artist has got people hanging out for their work - they're laughing in my book. Most of us should be so lucky.

Meet Steve Harris. Originally a Kiwi from the deep south of the land of the long white cloud, he hails from Dunedin. In 1991 he upped sticks with his wife Karen and two kids and headed for this wide brown land, in the belief that business would be better here in Australia, as we have more people than New Zealand.

For our overseas readers benefit, Kiwis and Aussies are sort of brothers in a way. We have fought together for 100 years in various world wars and have a similar heritage, in that our countries had original peoples before the white man came to these parts 200 odd years ago.  Only recently they brought in the need to carry passports when travelling between our two countries. We are separated by something called the 'ditch' or 'the pond' - which is 2155 kilometres  of white-topped Tasman Ocean. Kiwis used to come here for work opportunities. Today more people are going the other way. It's a gobsmackingly beautiful country.

Steve lives on the Pacific coast just south of Sydney in one of the prettiest parts of Australia. He calls himself 'The Real Steve Harris', and  if you look at his website of the same name, you'll see why.  And he has a studio at the bottom of his garden. And the man has a regime. He works 11 hours a day with little breaks to preserve his sanity and allow for creative think time. He takes coffee in the village around 1.30 and has a little kip.  But he starts early and works till fairly late, driven on by the progress of his latest challenge.

Steve is a bloke who can paint anything and everything.  Still life's that amaze, landscapes, automobilia, water scenes, buildings, portraits, people. So he's versatile. Another reason to totally dislike the bloke. He started out in oils and egg tempura and water colours. Then he found acrylics and thought they were the most flexible of all the mediums and has mastered their use ever since. 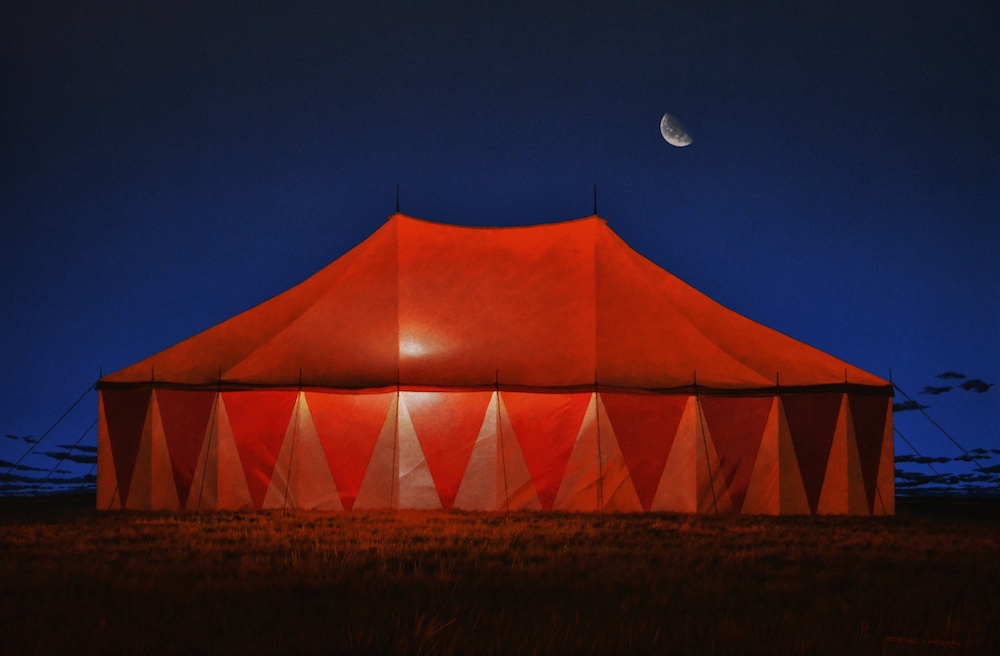 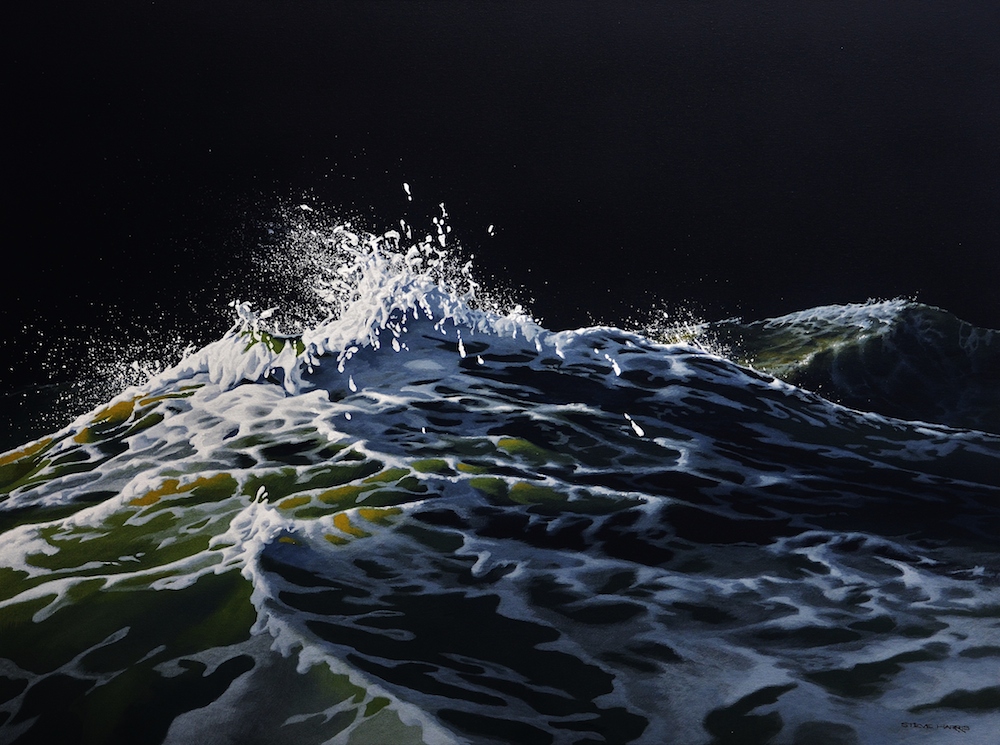 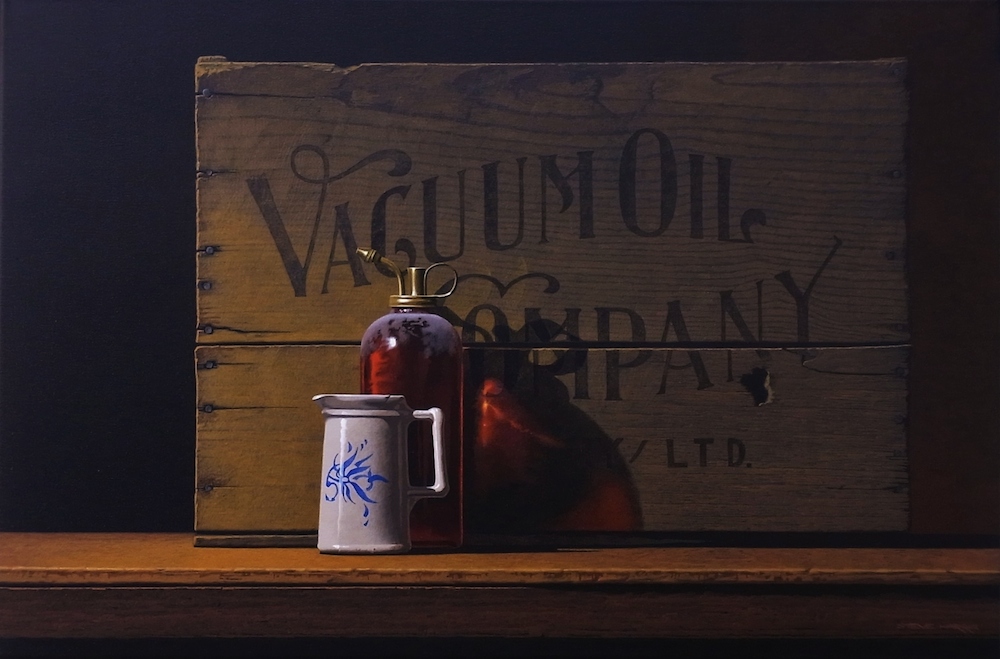 But I found out recently, that while Steve has painted water subjects for decades, he had never done a surf wave as a solo subject. So he's belting them out now in his inimitable style and knowing Steve - he will stay on it until he completely masters the subject matter.

I asked Steve about his favourite subject matter or painting. "Always the next one" he said, rather economically. While he's working on a piece he's already thinking about the next two paintings. It's what keeps him on track. Infuriating isn't it?

Anyway I admire Steve. He's got all the qualities I wish I had. And he continues to amaze me with his realistic brilliance which has a big following here and in the United States. Even if you are an impressionist - you cannot help but admire the skill of this man.

It's a nice thing having a few people to look up to. That way you have always got something to shoot for.  Between Waller and Harris - I'm getting a sore neck.

To read more of the indomitable Dick Millot's musings, go to his Struggling Artist series here.

Back To Painting With Acrylics